He hopes that this book will ensure his re-election at the Élysée. They are there to reveal state secrets. They will see each other 61 times. In this fiction where any resemblance to reality would perhaps not be fortuitous, two journalists and a President of the Republic in office indulge in the dangerous game of the long-term interview. This meeting is a showdown. Adaptation to the theater of the book published in October 2016, "Un Président ne devrait pas dire ça..." reveals behind the scenes. A dive into the heart of power, a spotlight on investigation and the production of information. 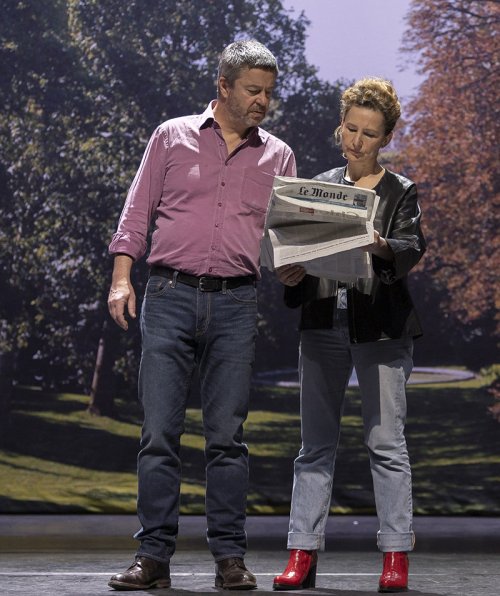